Two good friends of ours from California became grandmothers again: one for the 6th time and the other for the second time. Both babies are girls! Since we were headed to Los Angeles, it was time I got quilting in time to deliver these.

I bought a baby quilt top at the Lupin Quilt Fair last summer and after close inspection, I decided it needed some alterations. I'd started to take it apart but Hollie finished that task and worked out this top for me. 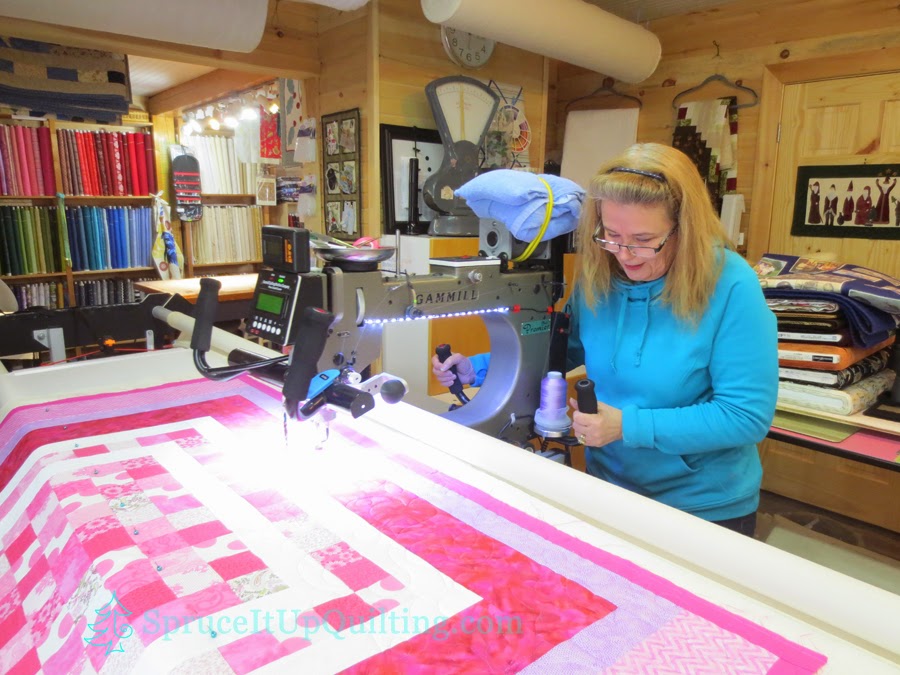 I quilted it using FilTec's Glide in a light mauve (can't remember the color name now), 80/20 batting and Hearts in Bloom pantograph. 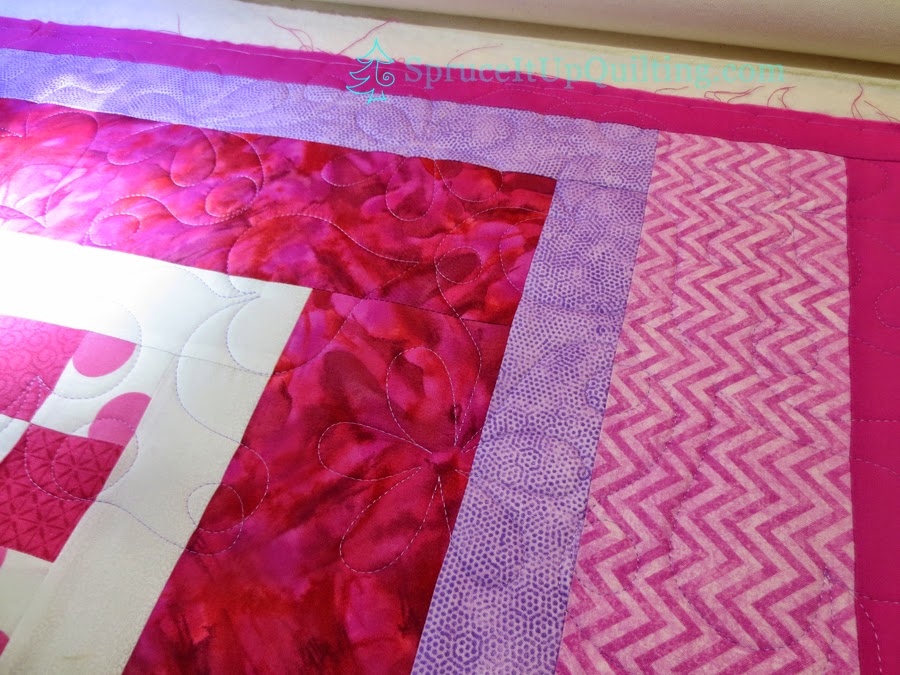 Since I didn't want to end up with a half pattern at the end of the quilt, I quilted the top row of the design, the bottom row, then centered the third pass in between. 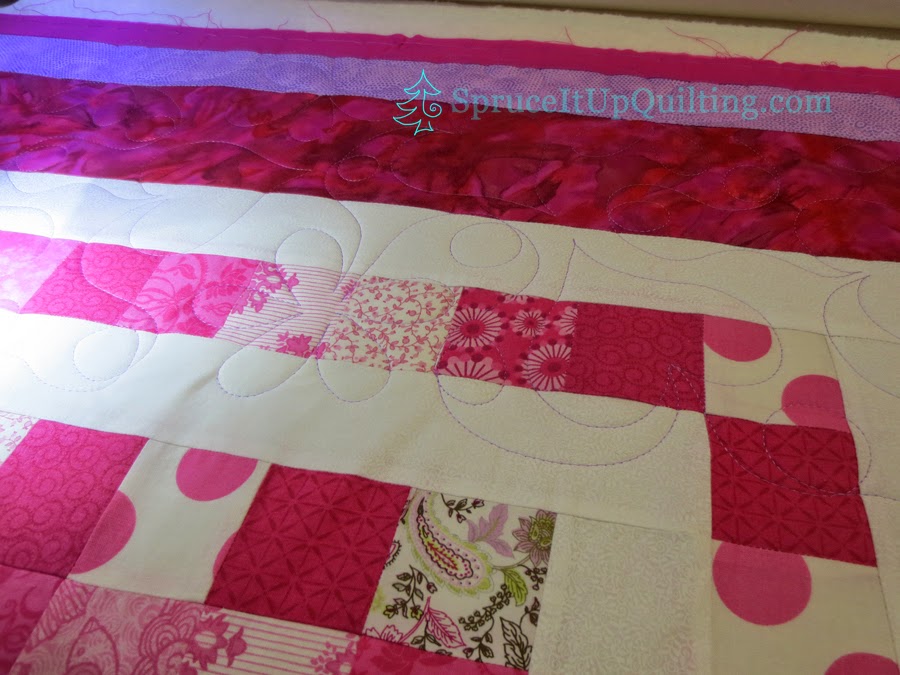 Then I filled in the space between these with some loops. It was a quick pattern to quilt and very pretty design for a little girl. 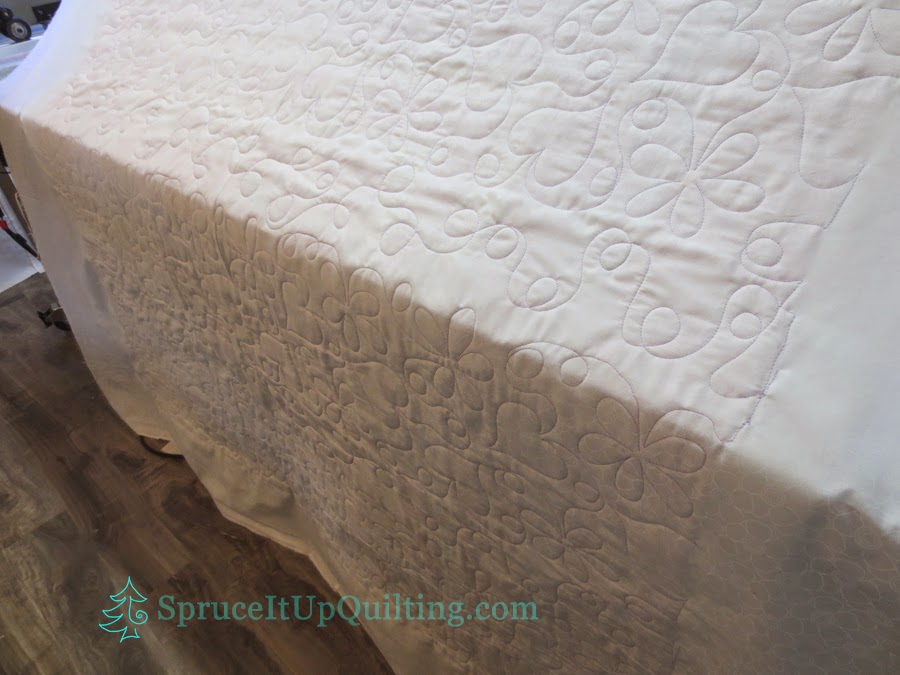 The quilt isn't very big which is unusual for me... I like big girl/boy bed-sized quilts. 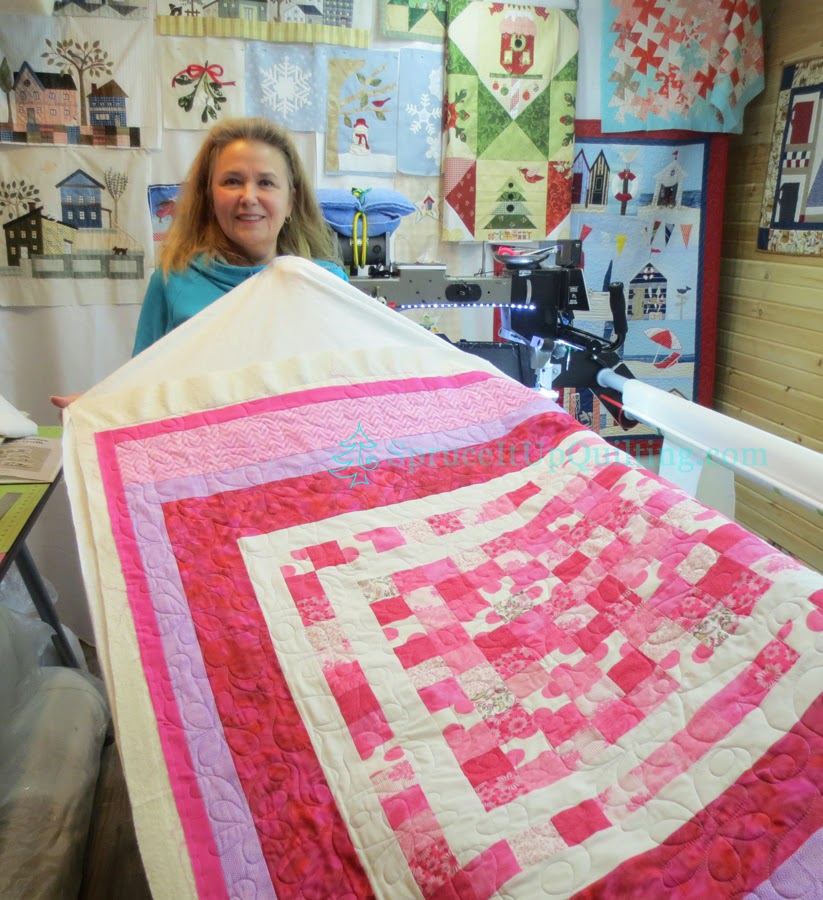 It turned out quite lovely. 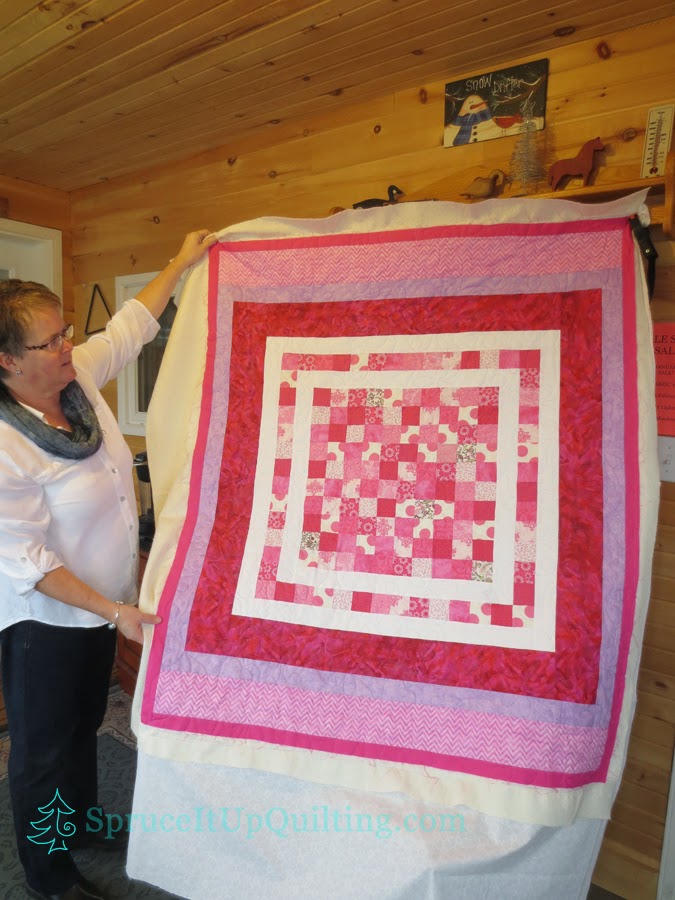 The second one started out as remnants from a small "Little Twister" quilt. I sewed the leftover pieces together to show how this special ruler worked and the design it produces. 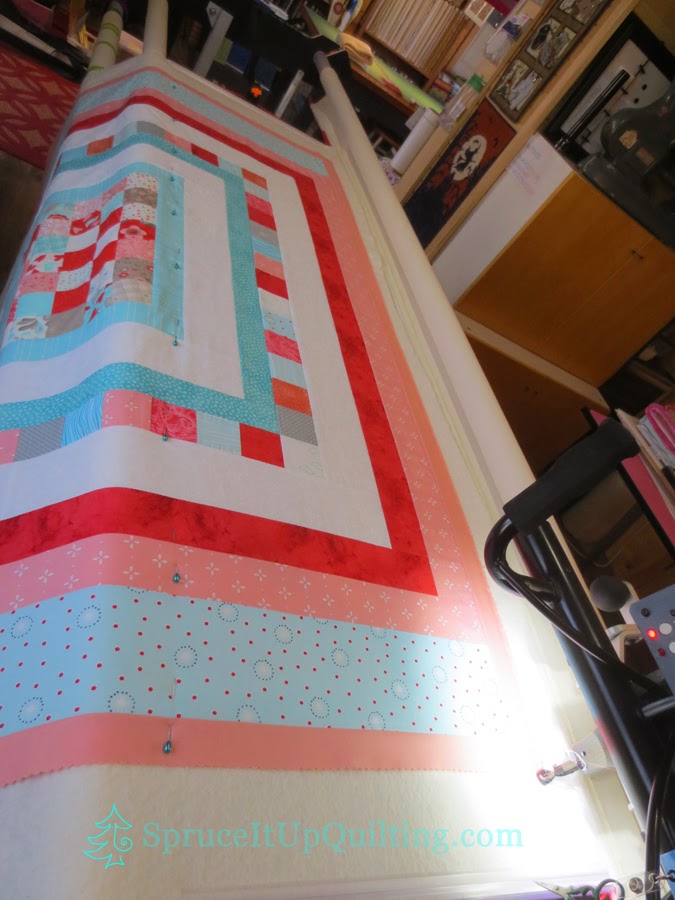 Hollie started the process of adding borders and Marie and I continued until we were satisfied. 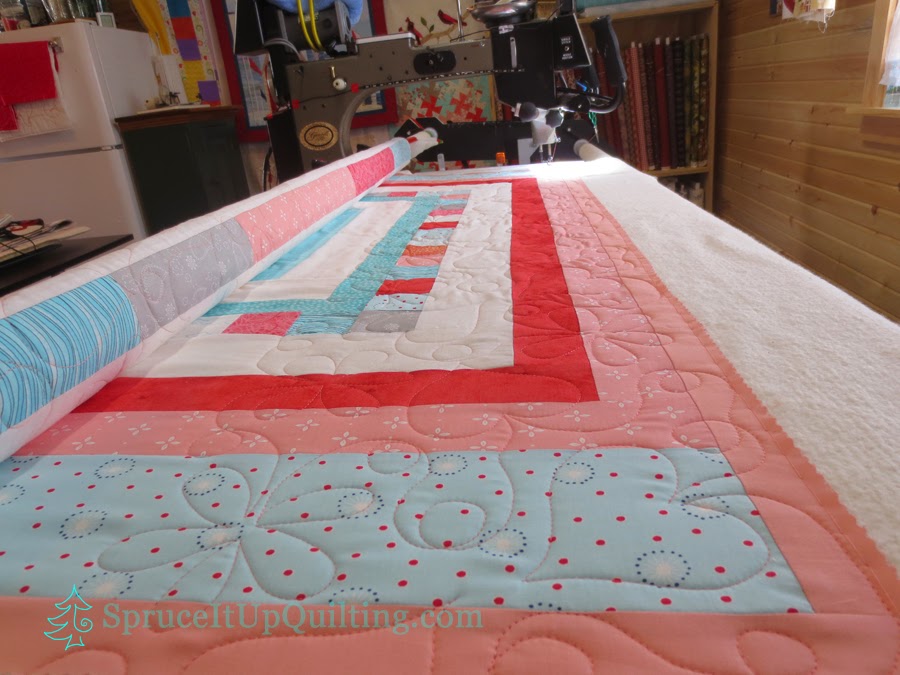 This quilt was quilted with the same pantograph design and batting. I used FilTec's Glide in Salmon color. 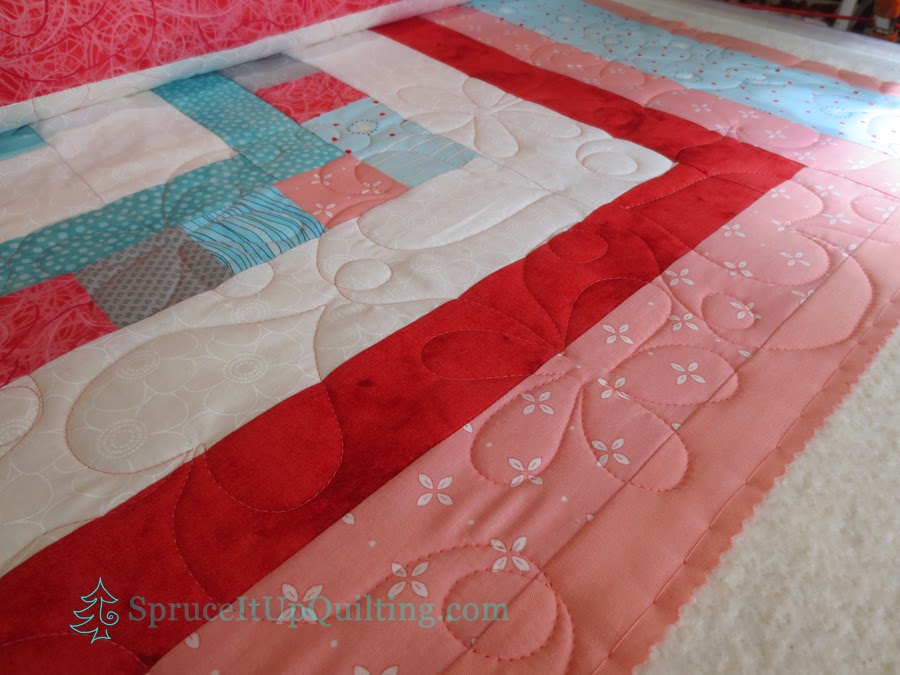 I decided to apply the binding while the quilt was still loaded on Lolah! What a novelty! This turned out to be a great time saver. 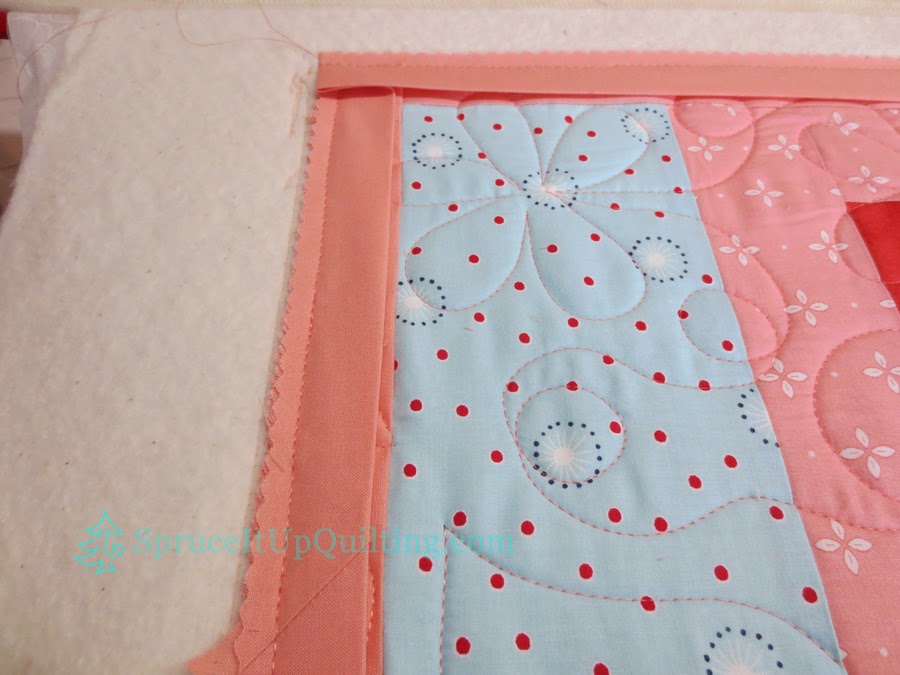 One problem I encountered was that I didn't have enough backing in the white on white fabric so I chose another fabric that matched and added some leftovers in the middle. It brings the design to the backing which is really fun! 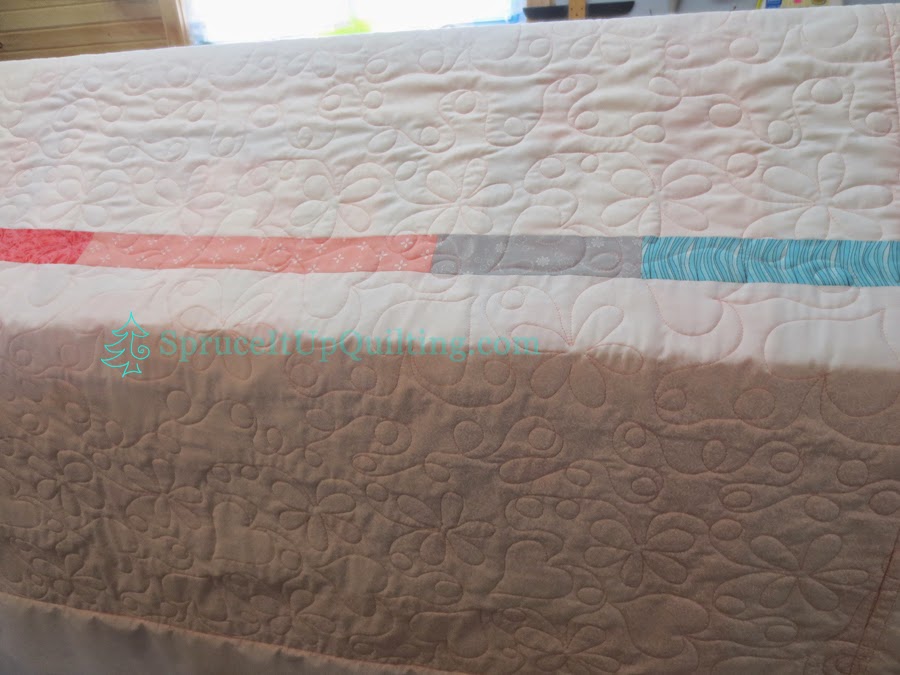 I had Jonathan hold it up for photos outside here in Southern California before I wrap up the gifts! 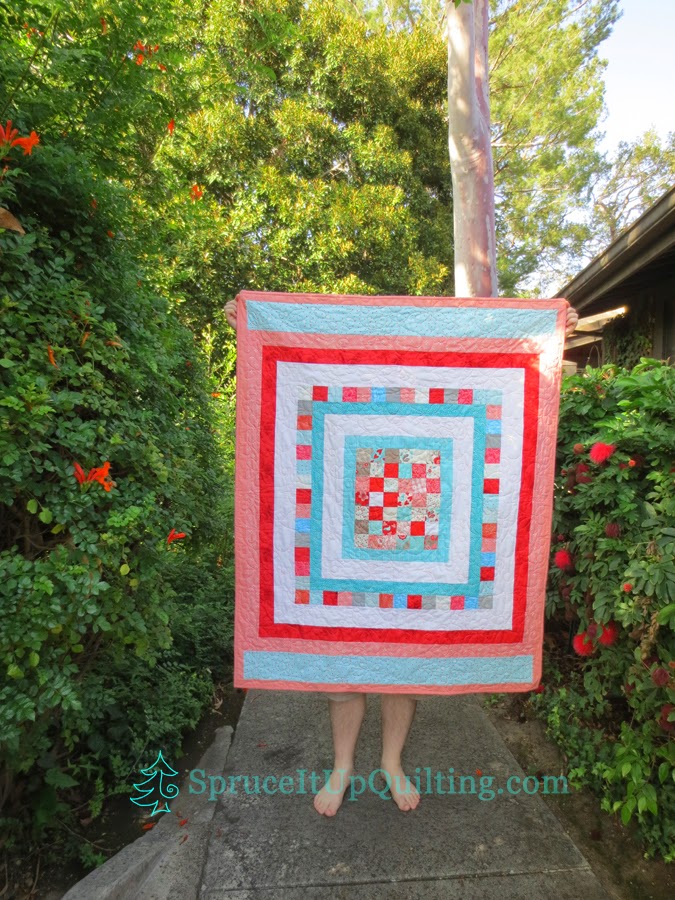 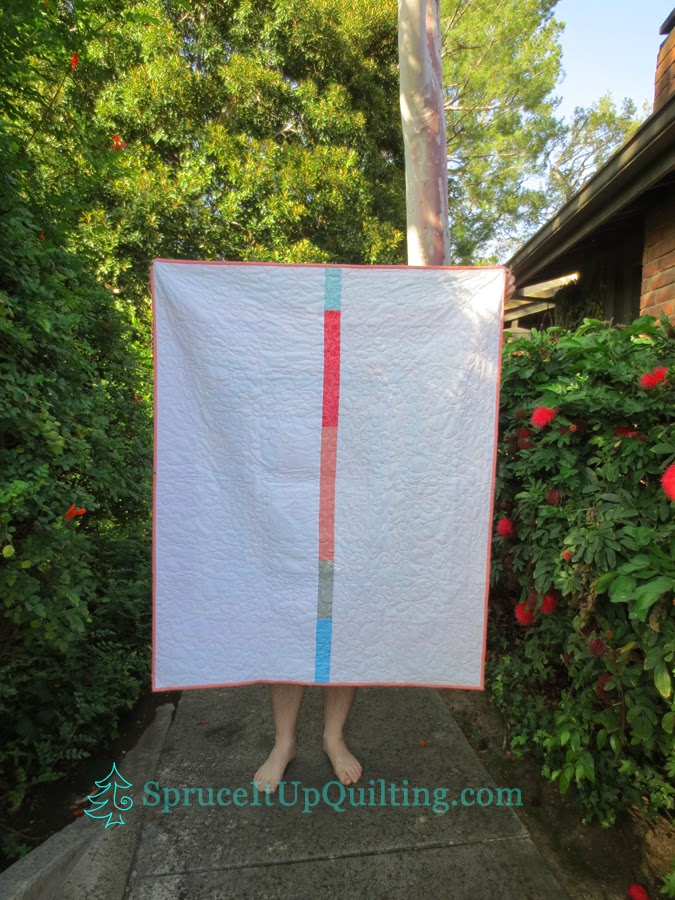 I love the backing! I think it will be very pretty in a little girl's room.


Waxwings are such pretty birds... they've been cleaning out the berries off this bush. 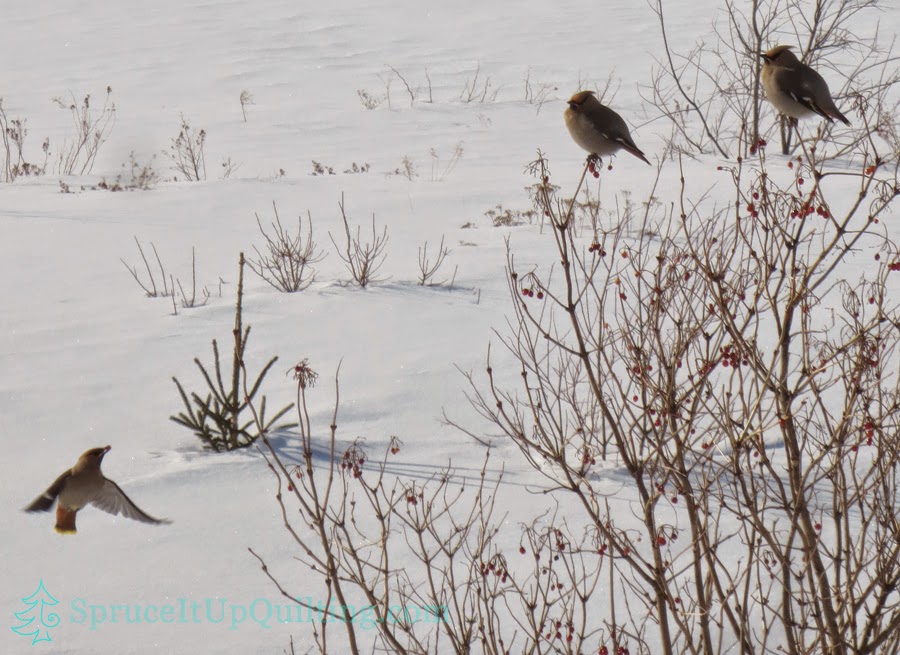 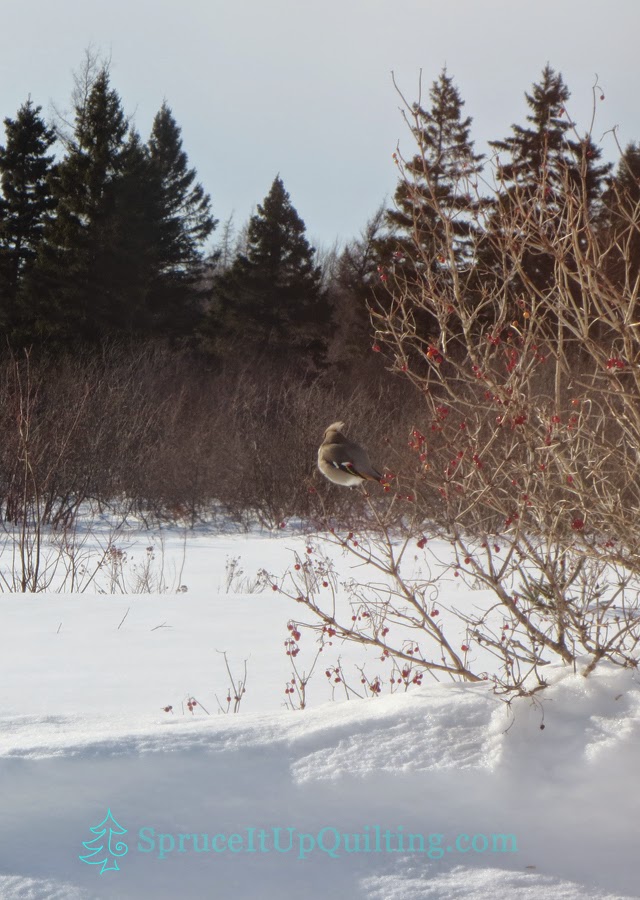 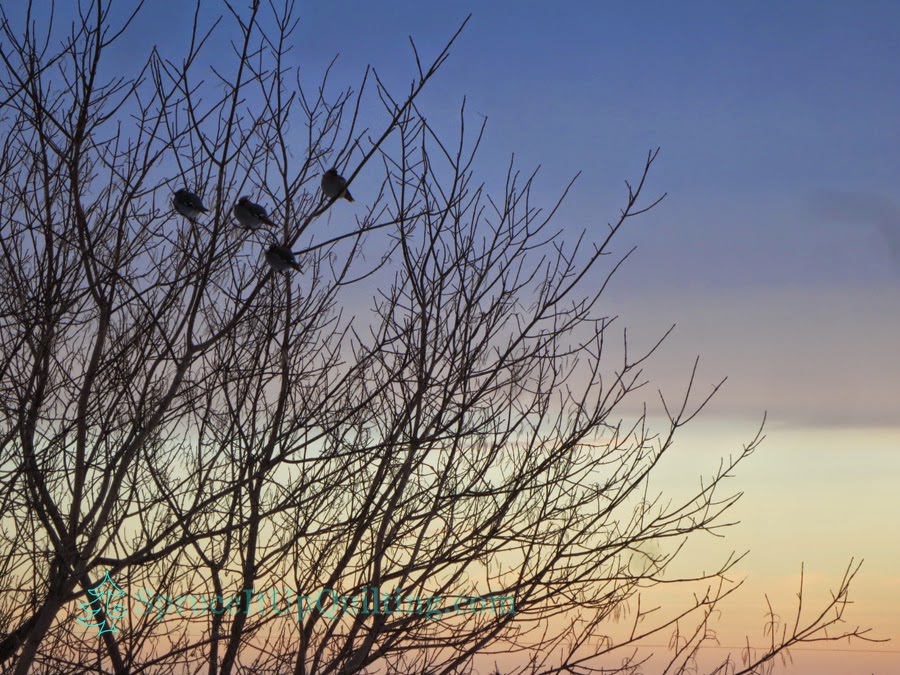 Perhaps they'll still be around when we return home.

Lorette
Posted by Lorette at 12:31 AM