I promised I would make introductions!

I've been quilting a long time but last fall, I became obsessed! I was on a mission to get lots of quilting done not only for gifts but also as a means to pass the time! You see, work outside the home was becoming less and less satisfying and I could see the end of my professional career getting closer. I've always been a firm believer in the saying: if it's no longer fun to do what you're paid to do then it's time to quit! Work was no longer fun and it was time to change gears.

January 2013... another death in the family! UGH!! Our father passed away January 2006 after a few years of dementia. This time it was our sister, the oldest of 5 girls, at age 66... such a shock! Cerebral aneurysm rupture aka: hemorrhagic stroke! None of us got to say goodbye! It still hurts!

Fast forward to March and a new beginning! After losing my sister, I decided it was time to concentrate on what I wanted to do, what was fun to work on and what I NEEDED to do for myself and my sanity!

Retirement! I'd been dreaming of having a longarm for years and never thought I would be so lucky to own one! Then I saw a listing on Craig's list! A lovely lady in So Cal. put up her longarm quilting machine for sale and asked interested persons to send her an email with their phone number... I answered that call 15 mins after I emailed her. AND BINGO!!! I was the lucky one! It was now or never! 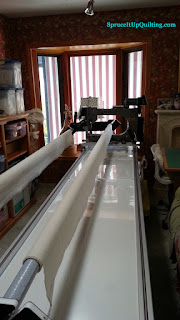 MY LUCK!! Lolah had been well cared for, had low hours of use and came with lots of extras. It was promised that she would stitch beautifully.I even bought all her thread and some rulers. 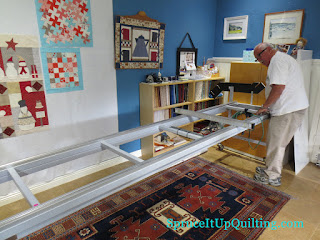 April 1st... Derryl, the Gammill technician for the local dealer called to ask if I was ready to receive Lolah... a whole day early!! Of course!!

This is Lolah in her new home. She's a Gammill Premiere Plus. 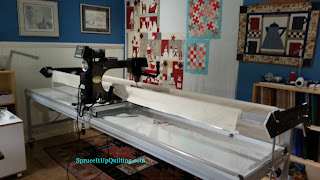 I ordered her an extended plate for ruler work. As Derryl's suggested, I also ordered some new wheels to make her glide across the bed without resistance. 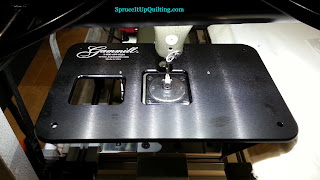 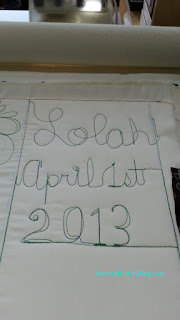 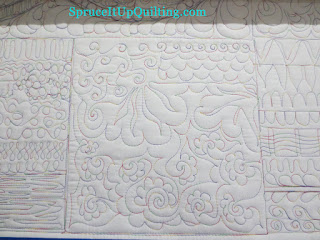 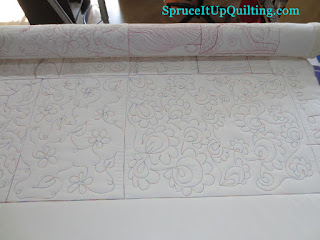 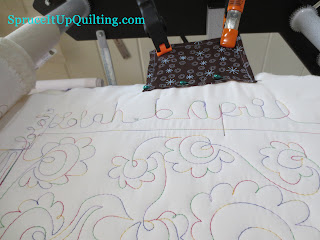 Someday I will get the hang of pantograph quilting! In the meantime, I'm having fun with her. The only stress I feel now is when I load her up with a new quilt! YIKES!! what shall I quilt on it???