It's a long weekend in Canada... hope you're enjoying some extra free time and terrific weather!

Roxane of Scrap, Quilt and Stitch sent us Block no 9 this past week! What a cute one too!

We can now enjoy two thirds of the quilt top put together. 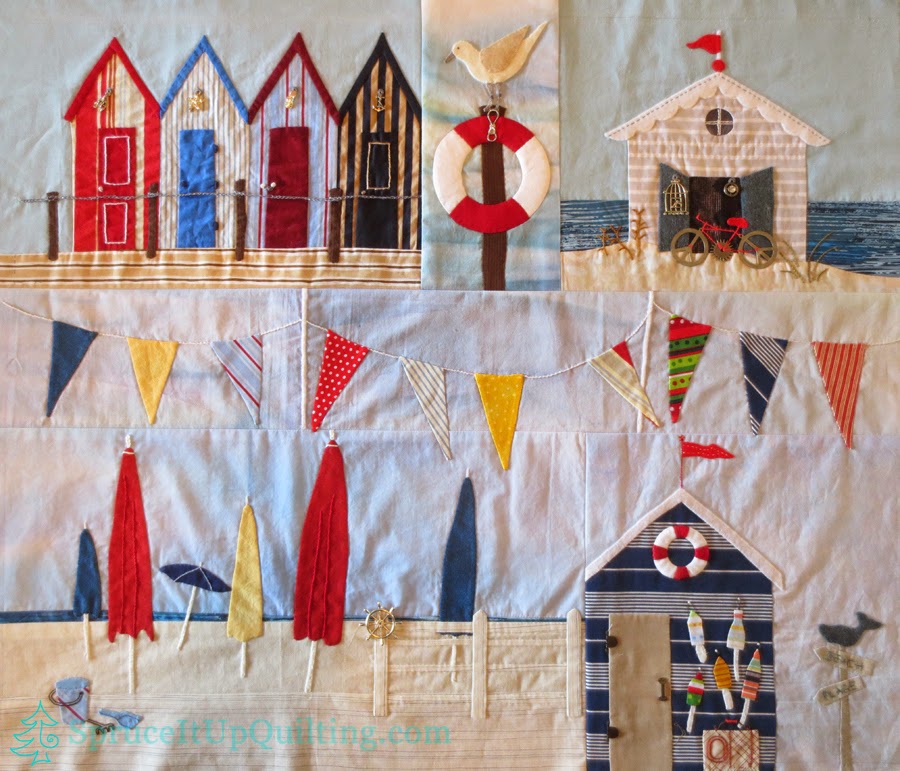 It's looking great! I think if I were to make another one of these, I would paint some sky and water fabrics because I really like my samples from class with Mickey Lawler at Road to California in January. Wish I had some of those paints... I would get right to it. Gorgeous weather we're having would allow for quick drying outside.

I have a small collection of older model sewing machines. This week, these old machines were cleaned, oiled and are now ready for use. There are spaces around me where I can display these machines as a reminder to keep them working. I plan to use each one on a regular basis so that they don't just collect dust!

All but the first one of course! This was given to me as a Christmas gift by my parents when I was little. Our mother and grand-mother used a treadle sewing machine and we were definitely not allowed to use it let alone play with it. My sisters and I made doll clothes.The crank still works but then it was much more fun to use the power supply. It worked well enough for us. 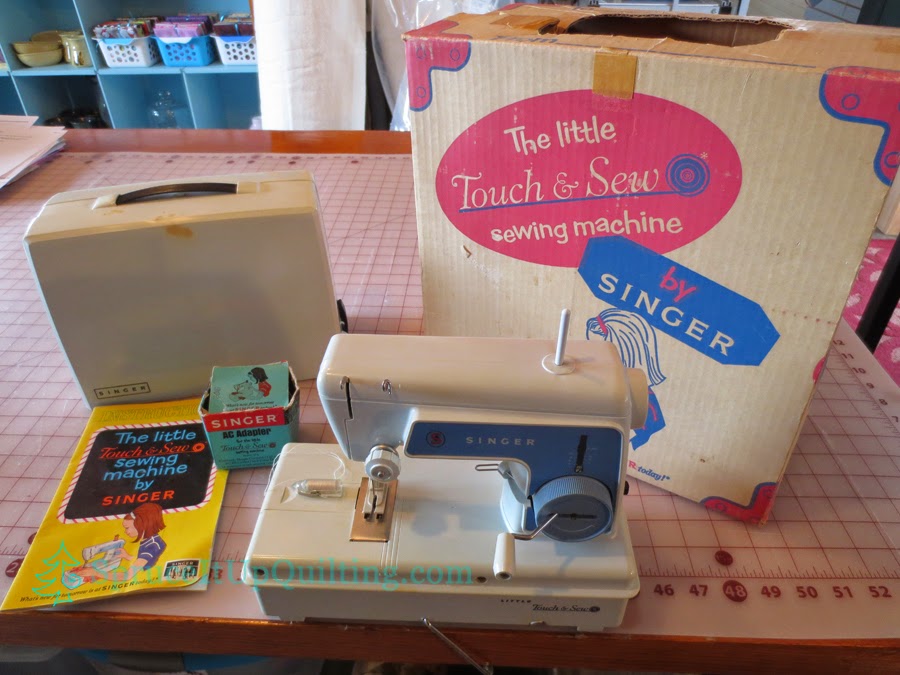 My second machine was acquired by my sister-in-law who attends auctions on a regular basis. I had asked her to keep an eye out for a Featherweight; she knew of them, knew they "went" for lots of money. She was surprised to see this unusual case and when it came up she snatched it for $110. Apparently, not many people bid on it. This was over 13 yrs ago. It has a beautiful stitch and after some pampering, runs like a charm. This one was manufactured in Great Britain but the power cords are NAS and its number suggests a birth date of 1968-1969, the last years they were produced I believe. 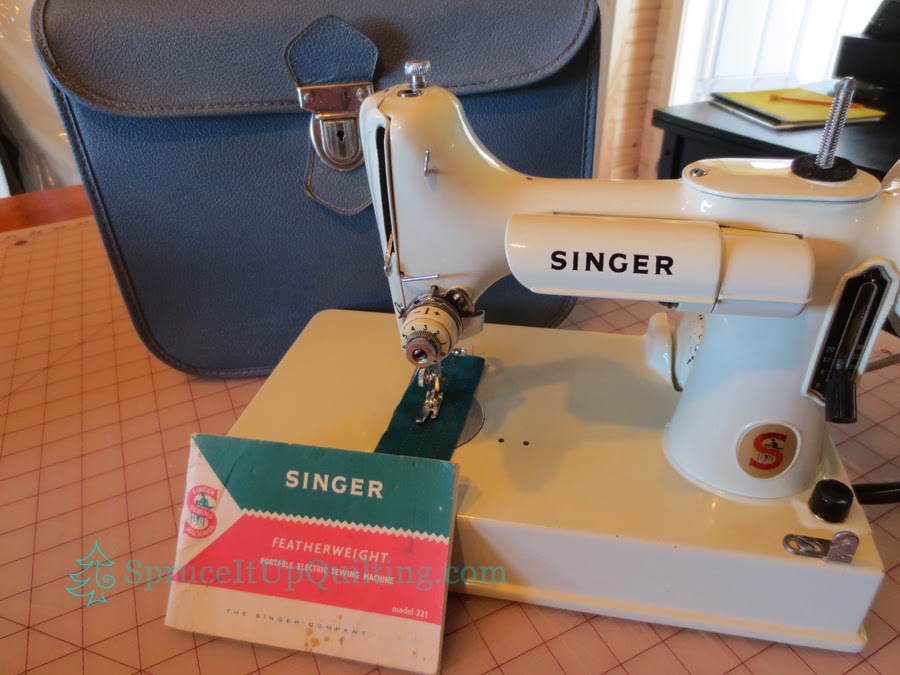 My next one was a used-appliance store-find. I forget the reason we were in that shop, but when I saw the case, I was intrigued. This machine had had very little use despite the banged up case. It was cleaned and oiled and it too has a beautiful stitch. It was made in Canada. 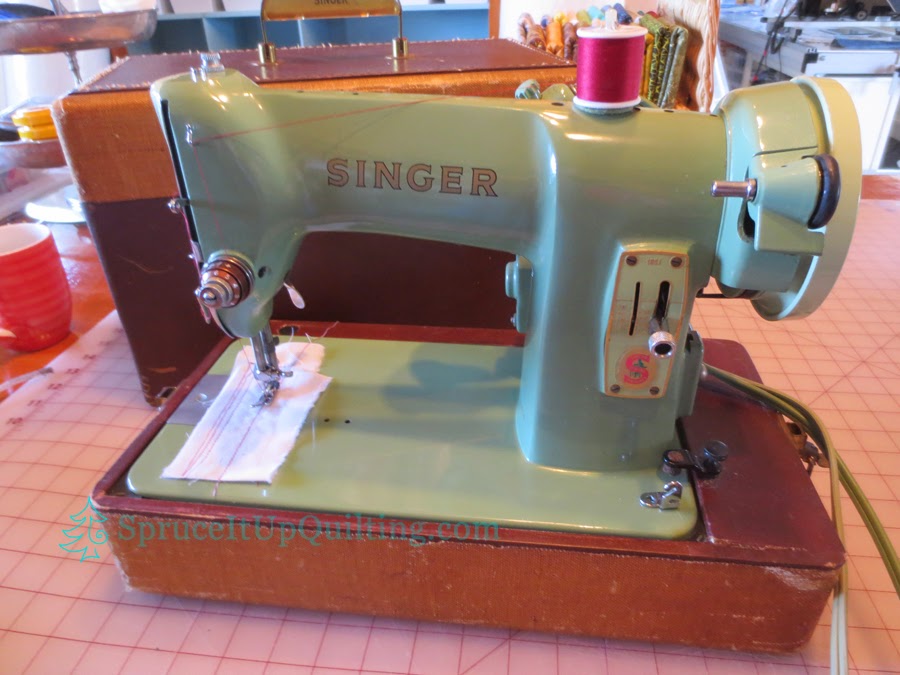 Next up is a lovely in-cabinet 99K. That piece of cloth was put there by the previous owner and I chose to leave it there. We found this one by the side of the road at a garage sale in 1998 and it came home with us. It's been here at the farm all the years we were in California so it was in great need of a little TLC. After a good cleaning and oiling, it too is ready to sew. 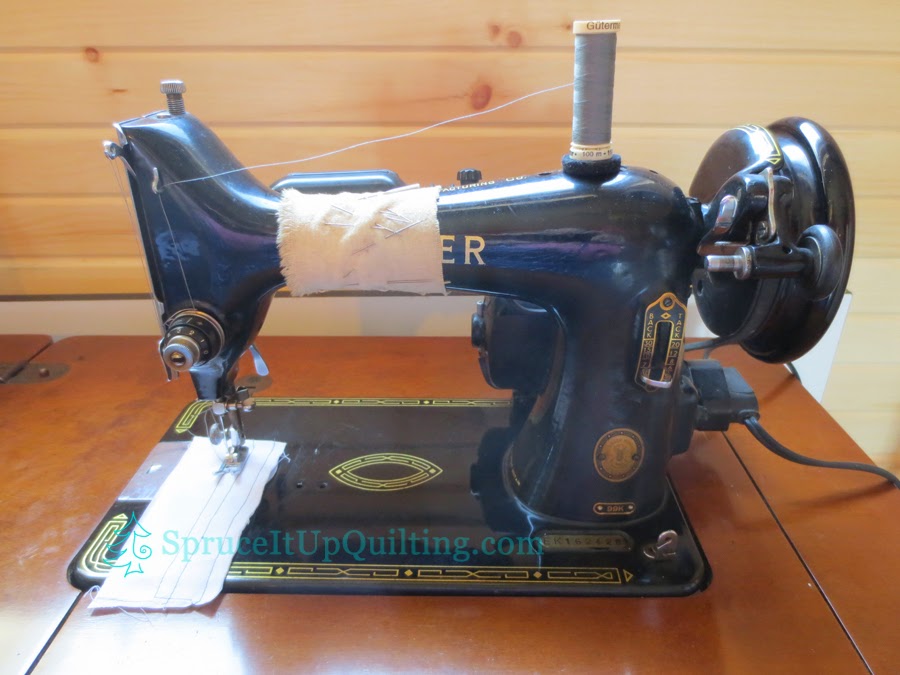 I inherited my grand-mother's treadle. Before I took it home, it had spent many a year on my parents cold porch. It's been with me for nearly 30 yrs and I've never used it. I'm afraid the weather in the farm house hasn't been good to it either. I doubt I'll ever get it restored; both the machine and the cabinet are not pretty. Perhaps I'll take a picture as a memento and pass it on to someone who can give it some new life. It's not worth the space it occupies.

I've had several other machines that I parted with because of space not because they weren't working. In 1999, I acquired a Bernina Record 730 with cabinet complete with all sewing supplies and tools and cabinet inserts/stool for $65 at a local auction. I left this machine in California with our daughter. It even came with a case!

My dream machine is a Bernina... oh how I wish I had one of the new ones! They are huge, but not as big as this one!! 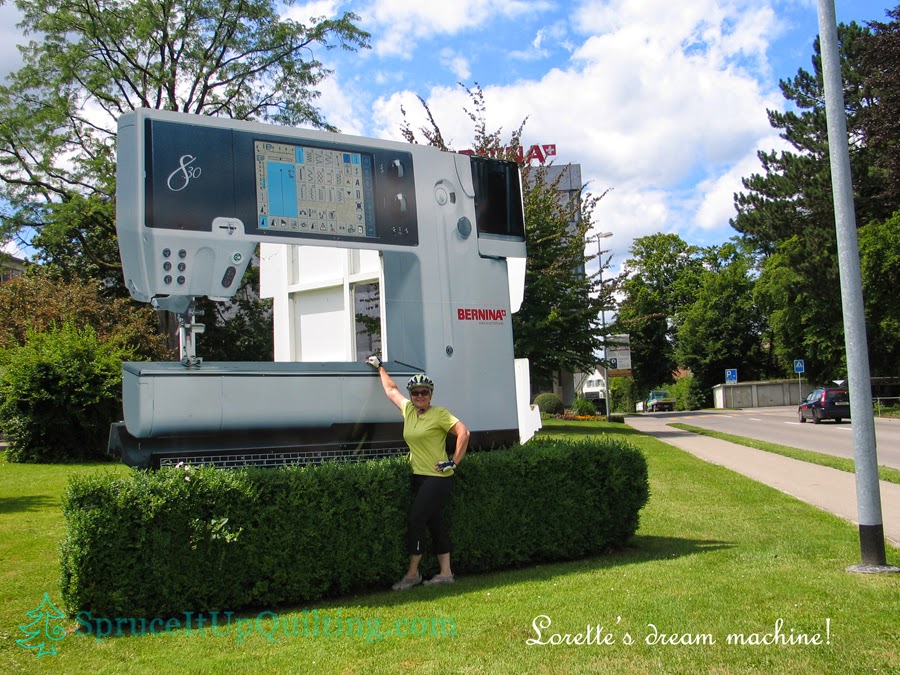 On a bike tour around Lake Konstanz in Switzerland/Germany/Austria in 2012, we rode by the Bernina factory and I just had to have a picture beside this one. Our tour brought us by on a Sunday so nothing was open which was very lucky for my companions! :)

Coming soon... news about this sign...I promise some excitement! 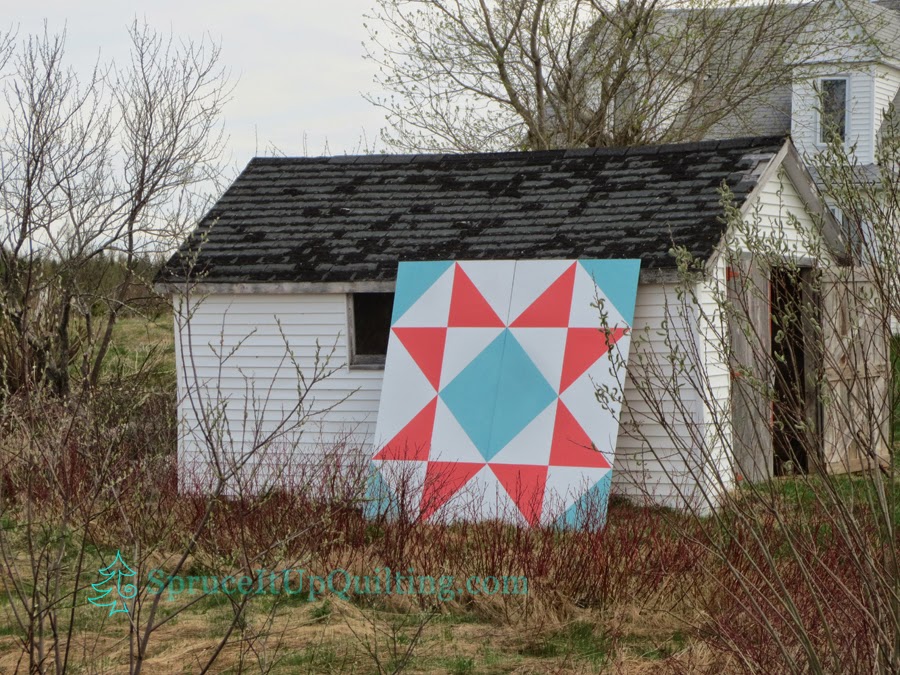 Lorette
Posted by Lorette at 7:18 PM