I have come to the realization that blogging is quite behind and at this rate, it would be difficult to catch up. Lolah has been very busy and tweaking of the photos is most time-consuming. Since readers to this blog have come to enjoy the pictures of the work done on Lolah, I don't want to eliminate them. Instead, starting with this post, I will condense the blog posts to HIGHLIGHTS.

March wasn't such a busy time because we were away for the last two weeks. I've already told the story of Hollie and Shannon. I mistakenly introduced them as coming to quilt in MAY; it should have been MARCH. Another error was in the last post. In it, I introduce the winner and tell you there are 5 more chances to win. That should read 3. Corrections have been made!

The first of the Highlights will finish Lolah's March quilting except for one: Marilyn's Past President Challenge quilt which I cannot show you until after the June guild meeting. So here we go:

Date: Mar 5th:
Lolah's friend: Lorette
Name/Pattern of the quilt: Spruce Logs (top made by Hollie)
Thread: Filtec's Glide Celery on top, Coffee in bobbin
Panto graph: called Paris by Natalie Gorman for Urban Elements
Batting: Eucalyptus! This was a sample given to me to see how I liked it, how it quilted. It created so much lint that halfway through the quilting I had to stop and clean Lolah. I have never seen so much lint!! The manufacturers will have to make improvements to this product before I will buy it!
Notes: This is about the time I started adding binding while the quilt was loaded, a feature you might like to do on your quilts if you come with  your binding prepared.
Photos and a finish: 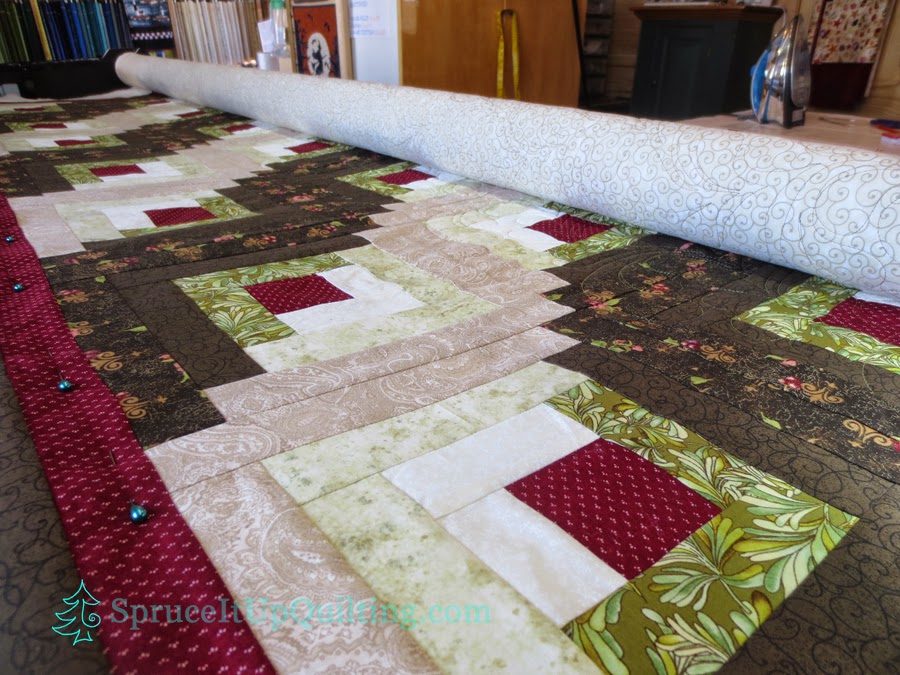 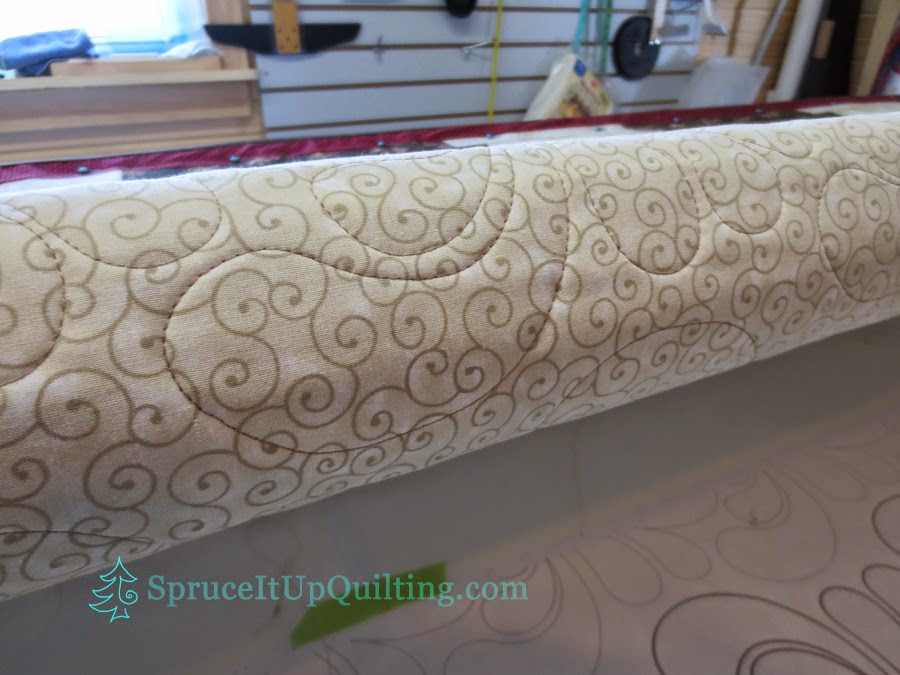 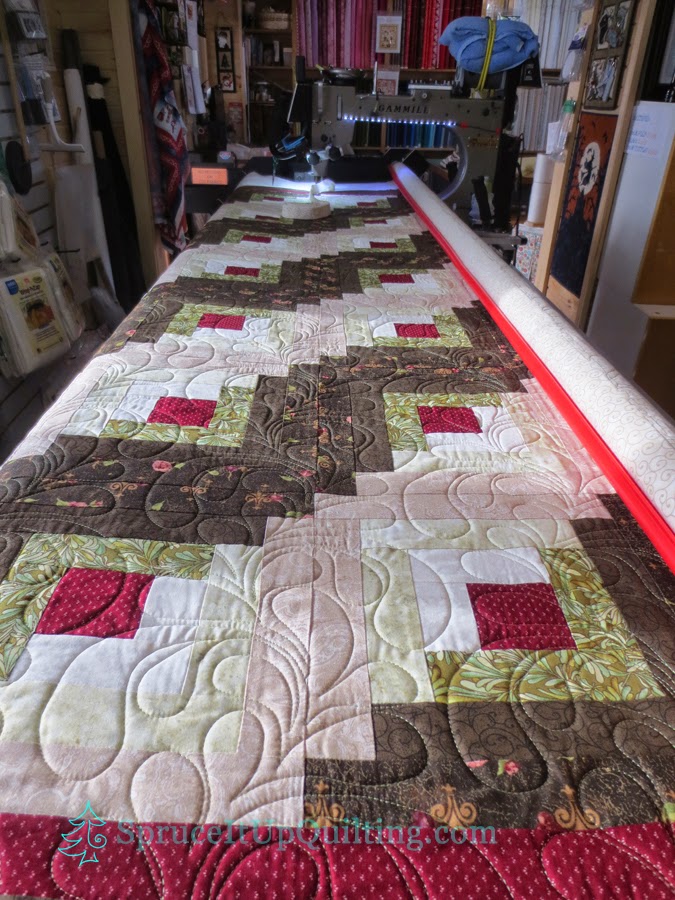 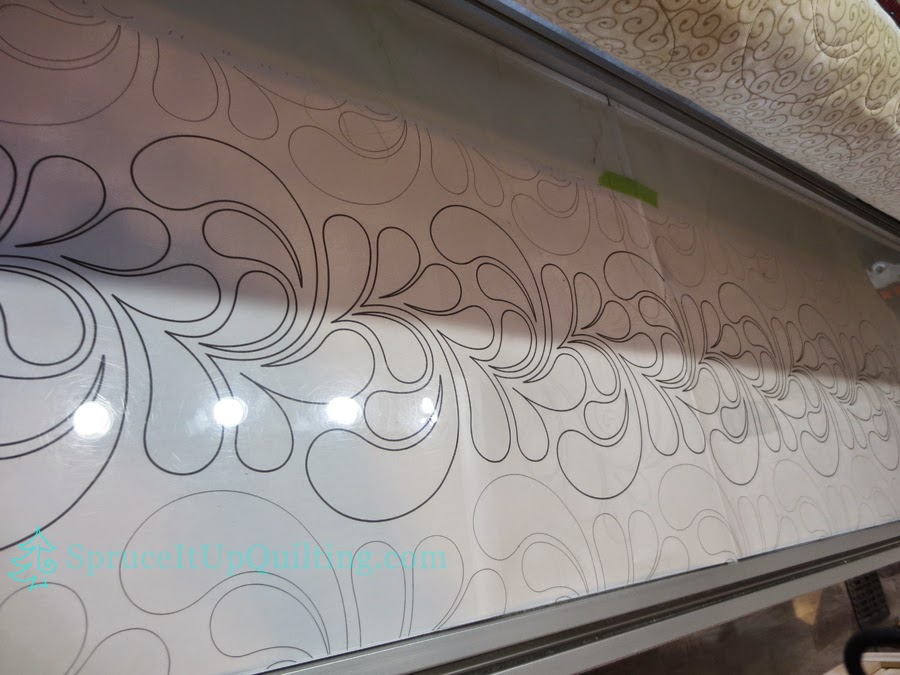 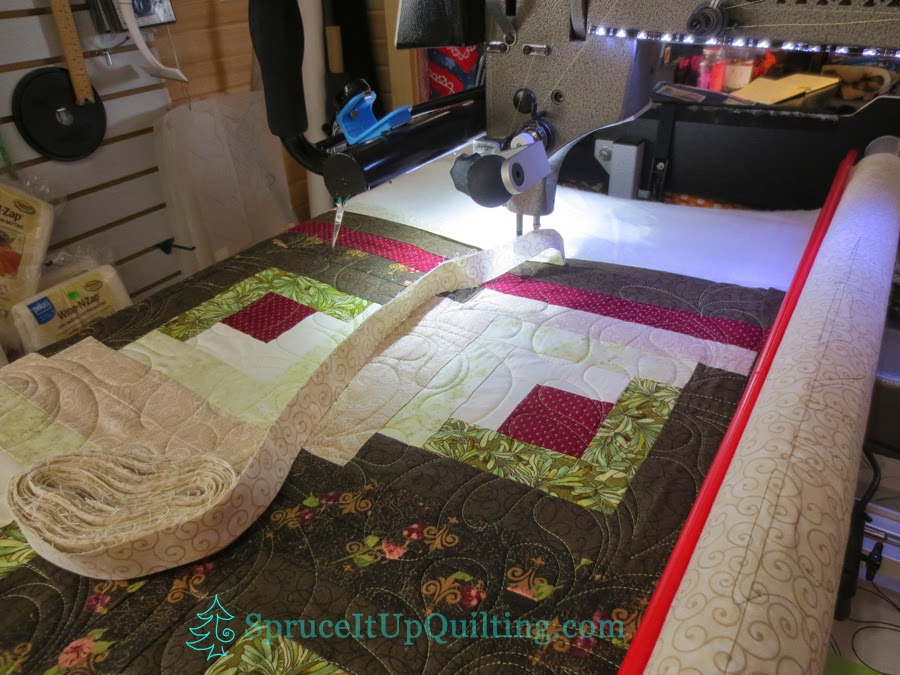 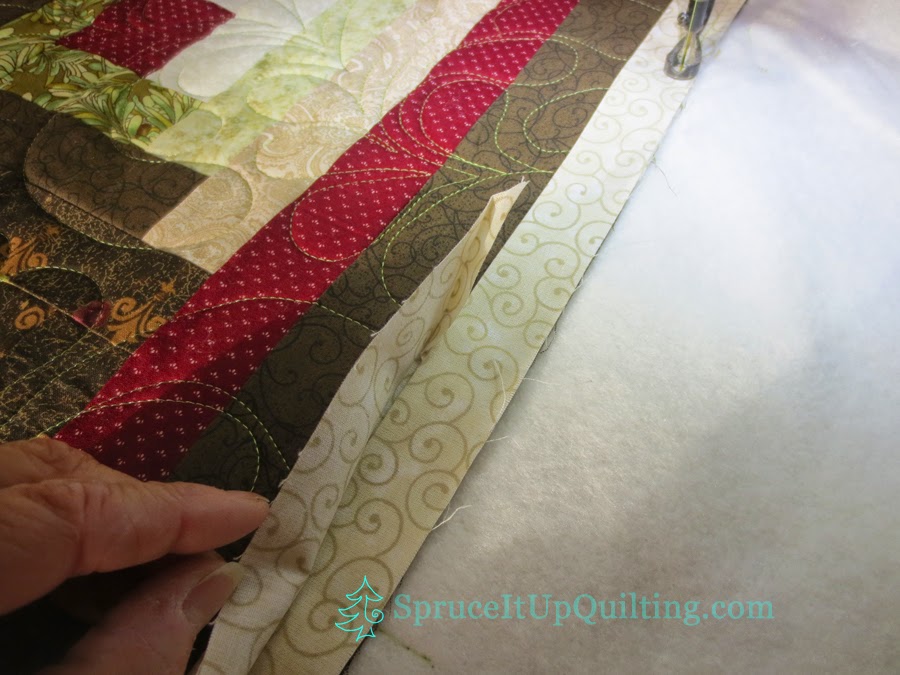 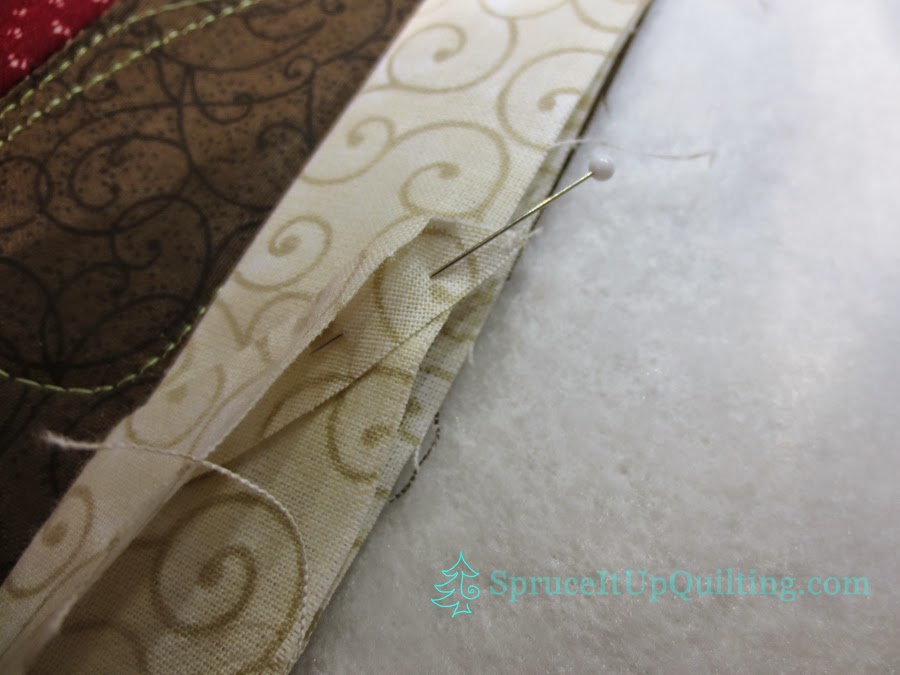 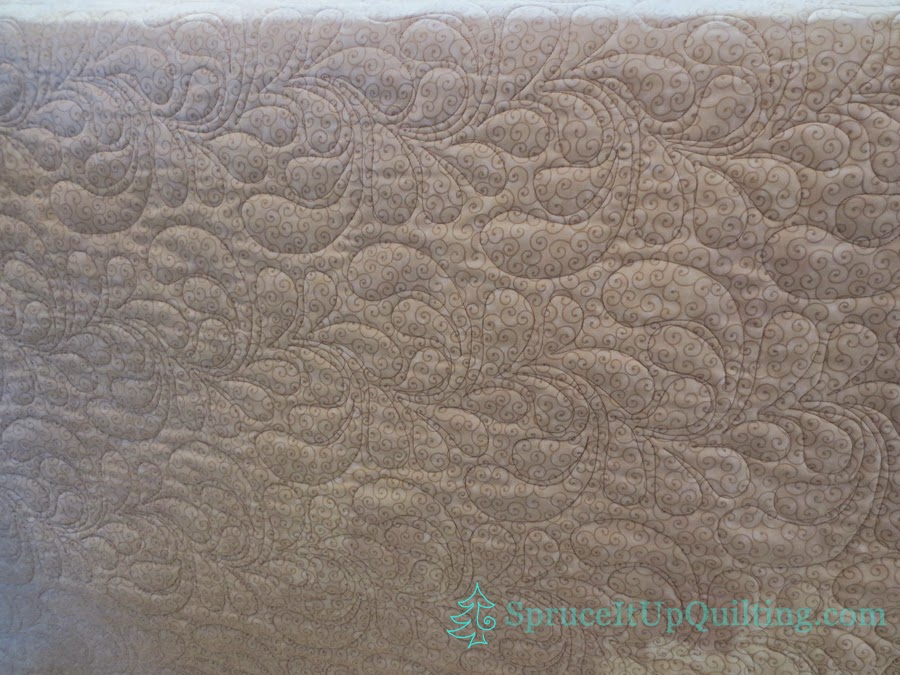 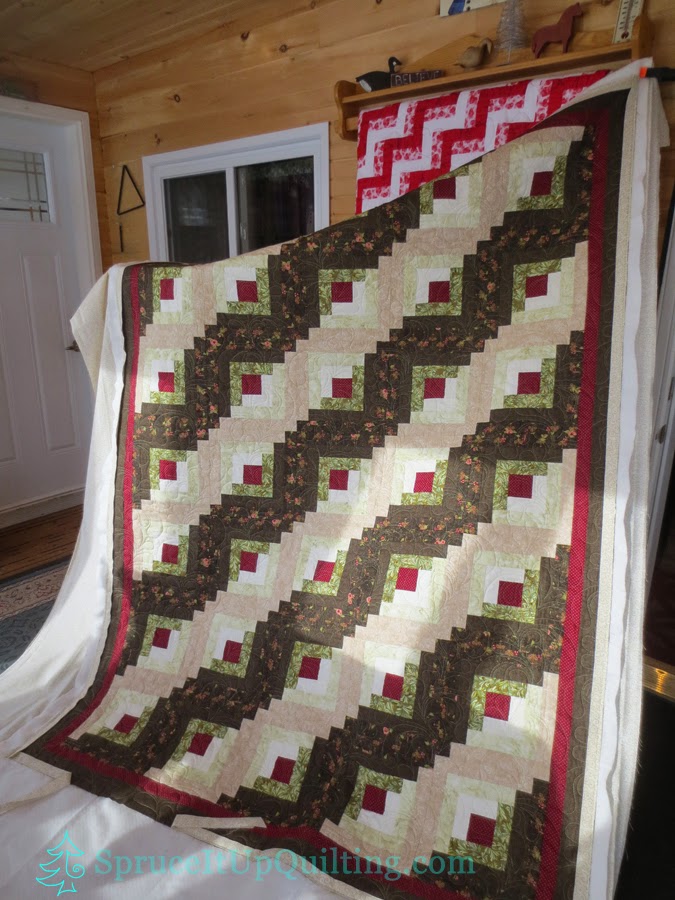 Date: March 9th
Lolah's friend: Daughter/Mother team Amy & Debbie
Name/Pattern of the quilt: Olivia's Big Girl Bed quilt
Thread: Filtec's Glide Salmon on top; Pearl in the bobbin
Panto graph: Whole Lotta Love and freehand hearts around the outer border
Batting: silk
Notes: Amy had basted and stitched around the outside border. We chose not to remove the stitches and to load it since the basting was well done.
Photos and a finish: 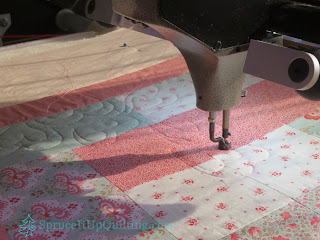 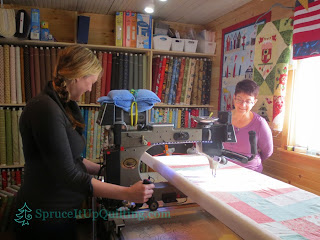 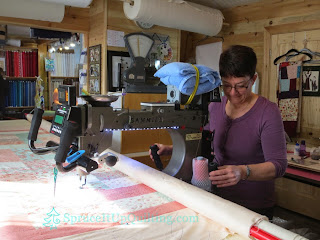 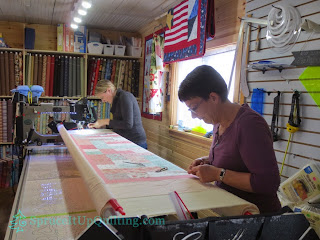 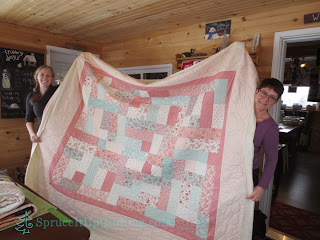 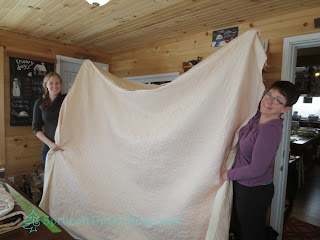 Date:  March 11th
Lolah's friend:  Odette and Irene
Name/Pattern of the quilt:  A Quilt for Mother
Thread:  Filtec's Glide Peppermint on top; Celery in the bobbin
Panto graph:  Easy Peasy (now a new favorite for Odette!)
Batting: 80/20 cotton/poly
Notes: Irene was to quilt a nautical lap quilt but there wasn't enough backing to make a 2-sided quilt. Remember the backing has to be larger than the top.

Photos and a finish: 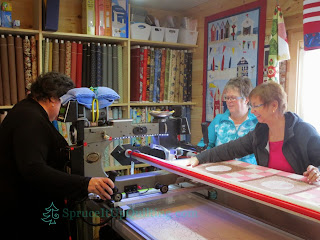 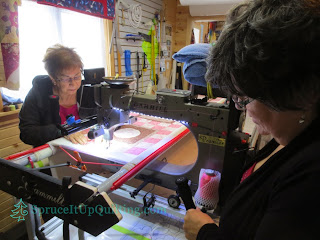 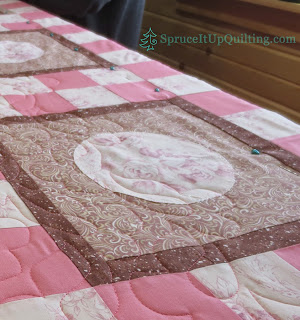 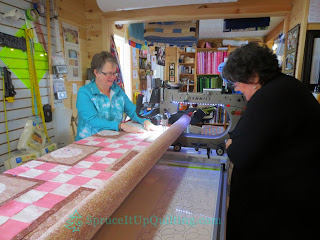 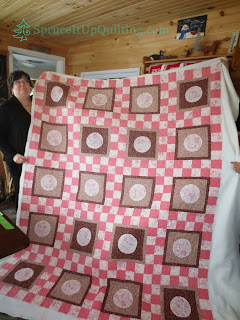 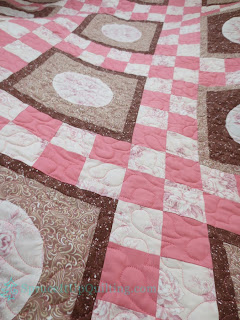 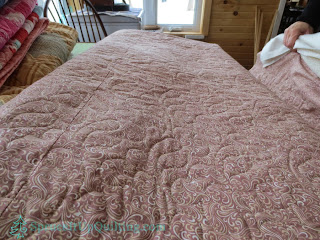 I hope you enjoy the new format. They say a picture is worth a thousand words so from now on I'll keep my words to a minimum! As always, if you have questions about any of the quilting, please feel free to comment below or email me... you know where to find the info: up there... on the header!

Be sure to stay tuned as there have been numerous gorgeous quilts leaving the shop. I promise to work on the next Highlights report sooner rather than later!

PS: Watch for the Row By Row blog post...